Nutrition has always been a topic of great interest and concern to a large percentage of the population. There is a variety of nutrition myths and misconceptions that are widely spread throughout the history.  In many cases these issues are dealt with ignorance.

Very often people want to group foods into good and bad; the ones that make you fat or thin; useful and harmful to cardiovascular health, etc. But nutrition is a complex science and any simplification is wrong. Nutrition as a science is relatively modern and is hidden in an apparent simplicity; however it is a complex matter that requires study and continuous updating.

In the following lines I will uncover some Nutrition Myths and controversies that have been spread throughout time:

This is a common mistake. No food can be considered perfect, as none has all the nutrients we need nor is there any foods with «magic» effects. In addition, there is no food than can be considered as harmful if is taken in moderation. We should follow a proper diet and the consumption of a food isolated cannot transform a poor diet into a good one. Nor does the occasional consumption of a product can make a correct diet a bad one.

It has been pointed out that milk is unnecessary in a diet from puberty, but its total elimination in a diet may cause a nutritional and health risk for some individuals. Some people say that lettuce lowers cholesterol, lemon destroys red blood cells and nuts are good for the brain (because they have a similar shape), but all these claims have no scientific basis.

The concept of energy balance (eating more calories than you burn makes you gain weight and you lose weight by eating less) is well known and understood by most individuals, however when people want to lose weight many of them tend looking for miracle diets or foods.

Although, what influences weight gain is the general diet and not a particular food, some products have gotten a bad reputation in weight control. Specifically, bread, pasta and meat are most often limited in diets. Also fats and alcohol are considered dangerous by many individuals. Some people say that some foods such as cucumbers or apples have negative calories because they consume in their chewing more calories than what the food provides. What that people do not know is that it takes about 3 minutes of chewing to burn 1 kcal, and an apple for example has 80 kcal, so it would be necessary to chew it over 240 minutes for the apple to have «negative calories».

There is no scientific basis on the assumption that eating fruits at the end of a meal makes you accumulate more fat o that some fermentations occur that can be hazardous to your health. Many people who believe that, usually do not eat fruit later in the day and end up not consuming it at all, putting their nutritional state in jeopardy.

Dissociated diets emerged based on the thinking that the digestive system could not digest some food mixtures, but then they found that this was not true. The relative usefulness of these diets on weight loss does not depend on the separation of food in time but on the limitations of the choices, so you eat less and take fewer calories. In any case, the dissociated diets are associated with nutritional health risks. Strictest dissociated diets lead to greater weight loss, but at the same time are associated with increased risk in the decline of physical and mental health.

There are other misconceptions about when it is appropriate or not to drink liquids (before, during or after the meal). In reality it is permissible to drink at any time, however drinking too much during the meal contributes to filling the stomach so you feel full before, which is good for people who cares about their weight but may be negative, for example in children appetite

No food should be considered good or bad depending on the cholesterol they have. We have to consider many other factors. However this statement may make people think that not having cholesterol is enough reason to buy a product. Egg consumption decreased significantly some years ago due to the fact that it contains high levels of cholesterol. However, cardiovascular diseases are conditioned by many other factors.

In this regard it is important to check the overall diet and not the consumption of a food alone. Talking about eggs, remember that apart from cholesterol, they also have other components that seem to inhibit its absorption and provide nutrients that favorably intervene in the lipid metabolism.

A topic that has already been banished is saying that pregnant women should eat for two. At present days the main guidelines for pregnant women is weight control, but is not usual to watch for their diet or do nutritional assessments to see if they get all the nutrients necessary for the proper development of the baby.

Knowing that a calorie restricted diet is usually associated with an inadequate supply of nutrients and recommended intakes of vitamins and minerals are very high during pregnancy, it is reasonable to expect deficiencies that could affect adversely the mother and newborn.

Recent studies show that children who have lower birth weight may be at a higher risk to develop diabetes and other degenerative diseases later in life.

Considering that breast milk is the best food for children is NOT a topic, is a reality, but you should know that the composition of breast milk may change depending on the nutritional status of the mother.

Nowadays there are many products designed especially for athletes who have not been developed by scientists, however the athletes use them regardless of the risks of using products that have not been tested properly.

A topic that has spread is about the use of protein, thinking that the muscle is destroyed during the exercise and you must recover it with a similar food, specifically muscle of other animals or protein supplements. The reason that the public applies this practice is because protein deficiencies are not common; however not only proteins are needed to recovery the muscles after exercise, besides its excess can be dangerous.

Misinformation, myths, and fraud prevent the public from having healthy diets which is essential to achieve optimal health. In most cases, topics in nutrition increase the incidence of malnutrition or over-nutrition and many people tend to exaggerate the messages, thinking that «if something is good, the more the better» or thinking «these products are harmful and I should remove them from my diet completely».

It is important to prevent and correct these myths and mistakes, since suggested methods to combat a disease or condition can cause or lead to another nutritional imbalances.

If a person is willing to sacrifice to achieve an improvement in their health, it is advisable to be careful and try to identify and rule out myths and misconceptions, in order to follow a safe and healthy path.

Remember, One Healthy habit at a Time! 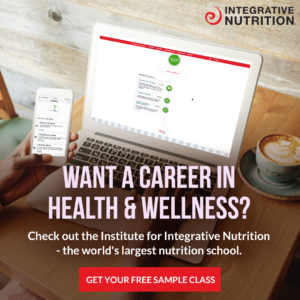